There is a place called Takeo where there is a famous old hot spring. There is an old wooden building that is over a hundred years old at the site of the hot spring. A large red gate called Romon Gate is at the entrance of the building. The building was designed by Kingo Tatsuno, a local architect.

“This is a monkey alert from the Takeo municipal office. A monkey was reported to be seen in the shopping district near the Romon Gate of the Takeo Spa Resort. If you encounter the monkey, keep away from it. Avoid eye contact. Don’t do anything that might provoke it. Please report the sighting to the municipal office.”

I was shopping at Takeo Onsen Station when I heard the announcement.

First, I thought maybe I did not hear it right for it was in Japanese. However, for the second time, I heard the same announcement again. A monkey was reported to be seen in the shopping district near the Romon. Monkey? Really? I could not help laughing, although I knew it was no laughing matter.

It happens not only in the town. At the time, I also heard from many people that they saw a monkey in Wakaki-cho. Our landlord said once there was a monkey on our rooftop. The landlord’s pet dog found it and reported it by barking fiercely to his master.

I did not hear about any such incident last year. This year monkeys appear to be seen more often. Perhaps they want to say hello and remind us that this is the Year of the Monkey.

Not only monkeys but we can also see other animals in Wakaki-cho. For example, it is not rare to see a wild boar running across the road. When that happens at night, it can be quite scary. Sometimes, wild boars run around a rice paddy playing in the mud.
Farmers sometimes find in the morning that their field has been damaged and their crops seized. The number of wild boars is increasing, and it poses a severe challenge to many Takeo residents. The crop damage is significant. The Takeo municipal government now catches wild boars, and they are made into processed meat and sold on the market. I wish harm from the wild animals will be successfully contained.

Other than wild boars, I sometimes see a tanuki (raccoon dog) or an Itachi (Japanese weasel). Because I have never seen these animals in Thailand, I am eager to tell my friends in Thailand about such encounters. Their usual response is, “Well, it is nice that you live in a place surrounded by nature.” Sounds great, but not really. 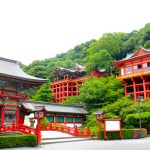 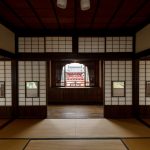