Starting a New Life in Wakaki-cho

Me: Wakaki is like a fairytale village.
My husband: Yes, just like a village depicted in the Manga Nippon Mukashi-banashi animation show.

Three years ago, my husband decided to return to Japan after living for 16 years in Thailand. I myself had expected that we would live in Thailand forever…
After looking for a place to relocate to, we found Wakaki. When we saw a Facebook page “Wakaki Collection”, I wondered if we would be allowed to live in such a wonderful place, because Wakaki looked like a village that appeared in old Japanese fairytales.

Once upon a time, there was a place called Wakaki.
My husband I moved to Wakaki to enjoy the country lifestyle. A while afterwe began to live here, we found radishes in front of our house. Then a washing machine also appeared. We later found out who gave us those gifts. The radishes were from a woman in our neighborhood. The washing machine was from a kind couple who also moved to live in Wakaki.

They gave us bamboo shoots in spring, and cucumbers and bell peppers in summer. We also received chestnuts, gingko seeds, and persimmons in autumn and oranges in winter. Wakaki is where gentle people live surrounded by a rich natural environment.

I think we should return the favor, rather than just accepting their kind gifts…I am really grateful to them for their gifts. 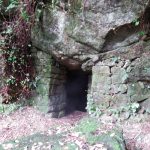 Tenzan Sake Brewer Company, a Brewer That Has Been Brewing Sake at the Foot of Beautiful Mt. Tenzan for More than a Century 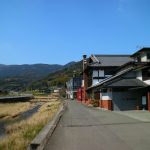