The City of Young Trees: Wakaki-cho.

When I asked my husband, “Each district of Wakaki-cho has its characteristic atmosphere, doesn’t it?” he replied, “Sure, now there are 15 districts in Wakaki-cho, but there used to be four districts in the Edo era.”

Though it was my husband’s decision to move to Wakaki-cho, I, too, began to enjoy living in this town surrounded by nature.

Soon after I moved to Wakaki-cho, I had the opportunity to attend a party at a local community hall. Talking to others, I realized that as a resident of Wakaki-cho, I needed to learn the names of the 15 districts in Wakaki-cho and how to pronounce them. Otherwise, you cannot have smooth conversations with your fellow residents.

There are many things you need to learn just after you move to a new place. The names of places and your new neighbors are particularly tricky and confusing. For one, I am not good at remembering things; in particular, it is a daunting task for me to memorize all those names in a foreign language.

One way to deal with the challenge is to organize these words into several groups.
I tried to memorize the set of words that have the sound “Shuku” at the end, such as “Kamishuku” or “Sarashuku”. However, things become harder with words such as Nakayama, Kawagoyamanaka and Motobeyamanaka. Oops, was it Nakayama or Yamanaka? I am no longer sure.”

Memorizing these words is more difficult perhaps because the sound is the only clue when I try to learn them. Perhaps I should try a different tack: I should write out these words and connect them to the meaning of each character. For example, Wakaki (若木) means a young (若) tree (木). In the same vain, Kawago (川古) means an old (古) river (川). Thus, I can form a visual image in my brain, which may make memorizing a bit easier. Still, I confess that for me, telling the difference between Nakayama and Yamanaka is so challenging. 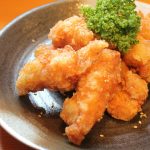 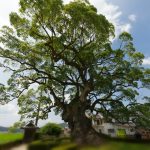