The word camphor reminds us Thai people of cold, aromatic blocks of white powder. When feeling dizzy or to clear one’s head, Thai people sniff camphor. Some put camphor blocks in sachets and leave them in closets to repel insects. (Japanese people call camphor “shono.”) However, I had never seen real camphor trees until I came to live in Saga. There are three camphor trees that are over 3,000 years old in Takeo City.

This camphor tree is located behind Takeo-jinja Shrine in Takeo-cho.

Struck by lightning in 1963, the tree lost a large part of its trunk. However, it is still standing strong, and spreading its branches.

This tree is the fifth largest camphor tree in Japan, and the largest one in Saga Prefecture.

For more detailed information, see the webpage designated below.
https://slowtrip-saga.com/2017/08/1107/

Camphor trees bear flowers around May. A camphor flower comprises six white petals, and in the center is a pistil and stamens of a beautiful orange color. The camphor tree is called “kusunoki” in Japanese. Camphor wood contains a substance that repels insects. Blocks of white powder are made with the substance extracted from camphor wood.

I have wondered why I have never seen white camphor powder sold in Saga since I began to live here. We can easily find camphor powder in Thailand… Here in Saga, if you wish to use the aroma of camphor as an insect repellent, you can use small chips of camphor wood sold under the name “Kusu Chips.” These chips smell mild, so, if you want to ease your dizziness with these chips, you may feel no practical effect unless you sniff at them for a long time.
During my time of living in Saga until now, my image of camphor has changed considerably. Although I formerly imagined camphor just as cold blocks of white powder, I can now imagine large camphor trees themselves, with thick green leaves and lovely small white flowers. Some camphor trees live for thousands of years. When I get close to a camphor tree, its fresh aroma refreshes my mind. 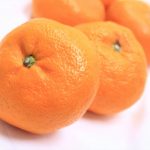 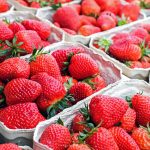